Poor wee Adam. So tiny before being sucked in by the comedy tent. But once sucked in and licked up a bit, he did start to expand. And, once elevated up there onto the stage, he blossomed. And, once he looked down and saw all the Suffolk lasses, without a single ‘orange’ Essex complexion betwixt them, I’d even go so far as to say he became quite animated. Okay, perhaps that’s pushing it a bit, but the point is – Tom!

Tom Caruth’s taken over. He’s a fine upstanding young lad and the Suffolk girls look smitten. And poor Adam. Poor wee little Adam – all shrivelled up in a corner now! All shrivelled up and deflated. I really need to tell him about the cider. But right now, I’m all Tom. I’m all Tom and the girls are all Tom, so we’re all a bit surprised when he tells us about his track record with the ladies. Last time he kissed a girl, she did a celebratory gesture to her friends, before totting up the figures on her tally chart. Seems that he was just one of many. There I was, just seconds ago, feeling all sorry for wee Adam, and now the wily Tom’s added his name to my ever-growing list – the one I’m passing on to my therapist friend later (he runs the cider tent)!

Still, at least Tom’s got one fan left. One fan and she came all the way to Leestock from Limerick to see him perform. His granny, who is apparently not a clinically-insane-alcoholic-ginger-relapsed Catholic who loves potatoes! Shame really, because I think I might have had quite a lot in common with his gran’s nemesis. So much in common with her, in fact, that I now realise why Tom was looking at me with such evil intent when he came out with this particular string of adjectives. To give him his due, though, for such a young guy, then Tom’s really quite perceptive. But, he got the Catholic bit wrong – and I might be old enough to be … but …….. No! Absolutely not!

But – he’s back! Chewbacca’s back! Tom’s doing his world famous Chewbacca impression and, today, Chewbacca is French. It’s a good impression, so convincing, that I start to drift a little … Now, what would it be like to be French kissed by Chewbacca? I start to choke at the thought of it. All that hair. Disgusting. Gross. 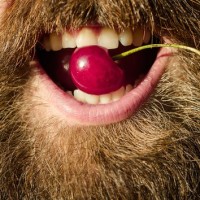 I’m sorry, Tom. Yes, you are here, and you are very funny, but I’m dying. I’m choking to death like I’ve just been smothered by a triffid. And I need to clear on out of here. Out of here and out of you and … I need …

Cheery old Chewbacca and cherries? I go for it!


Please help out with a good cause by attending a Suffolk Punch Comedy gig, in aid of Prostate Cancer Research, at The Brewery Tap in Sudbury, Suffolk. First Wednesday of every month at 8pm. Free entry. Donations welcome.


Now head over to the author’s family history/travel blog: