It’s the usual start to this evening’s comedy gig, as the regular emcee, PJ, does his ‘With you in a minute – just sorting out the running order!” excuse, before he himself does a runner! (See you in the New Year, PJ!)

Luckily, Josh Massen’s first up, and he’s full of compliments today, telling us punters (all five? of us) that although we are few, we are ‘sufficient’. Clearly, he can’t see inside the head of this punter, and isn’t aware of the missing bits. Just as well. Prefer to keep my deficiencies to myself. 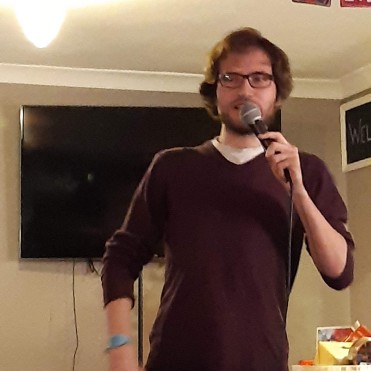 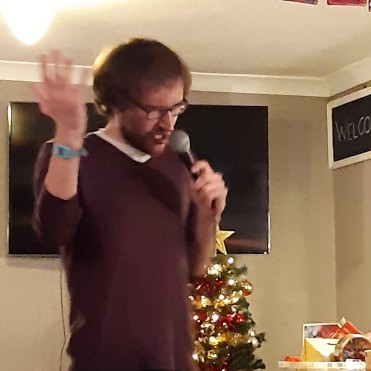 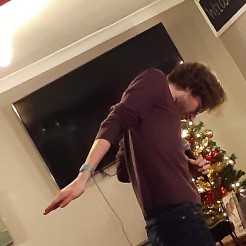 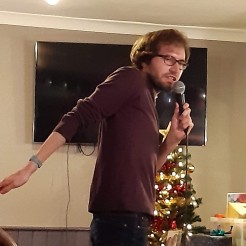 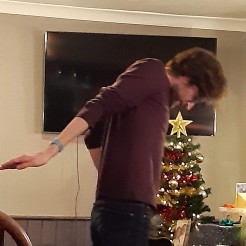 Prattling on about warehouses, Josh quite gets my albeit limited imagination going. Claims he lives in one.

Personally, I’ve chosen a cave for my abode, but I often find myself strolling past enormous warehouses in industrial Chilton, and thinking that if I lived in one, I might at long last have enough space for my book collection. 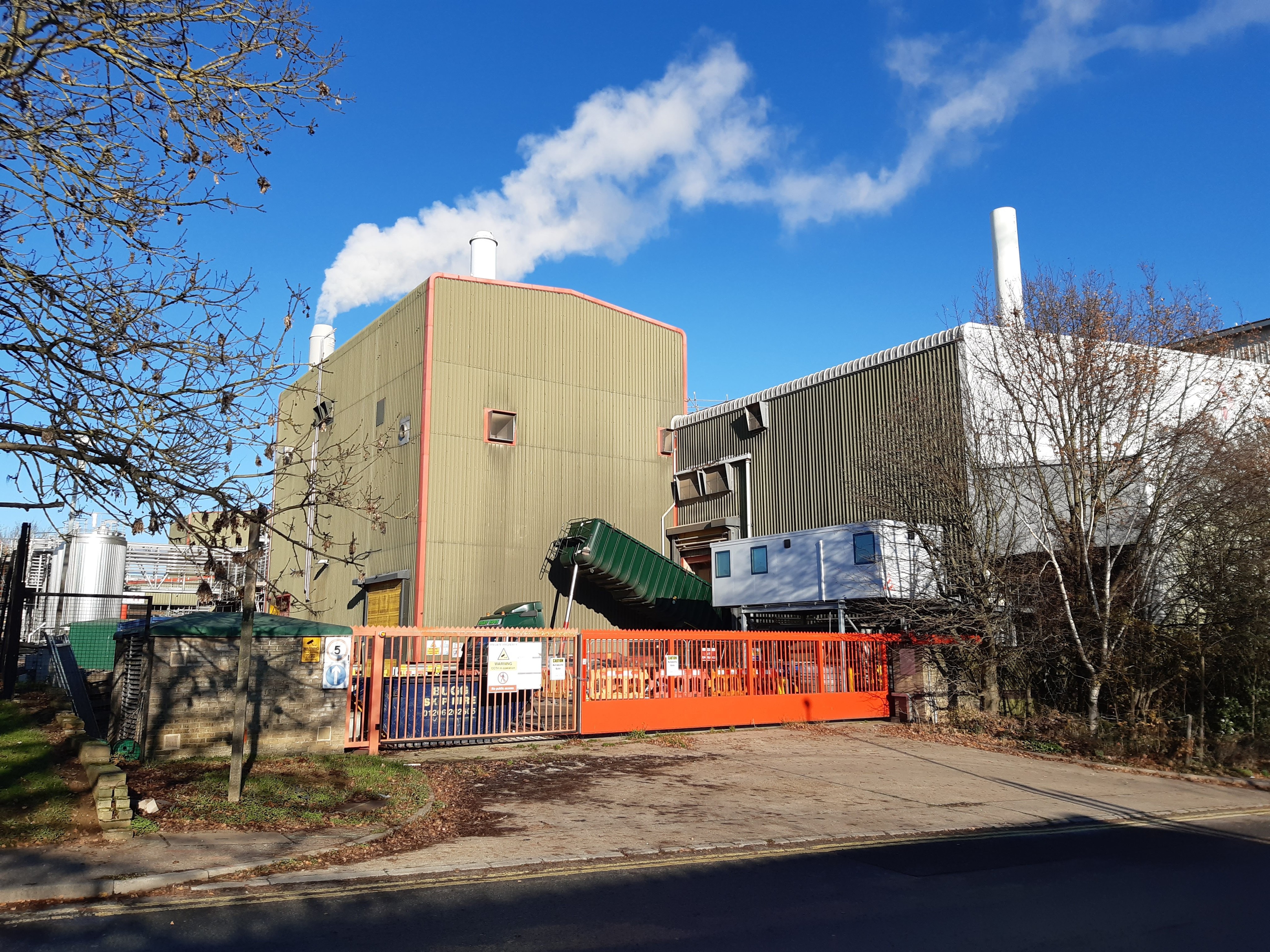 It is, therefore, comforting to know that someone else (even if it’s only Josh Massen) has managed to find a way around the red tape I mean, if some industry’s gone bust, why shouldn’t the unemployed and penniless be allowed to move in? 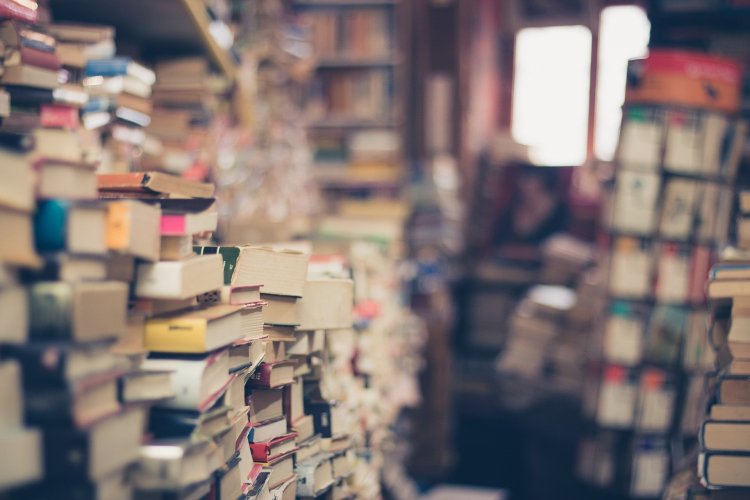 The illusion is shattered. Josh is still prattling (albeit about head condoms). And it just about sinks into the bits of my brain that hang on in, that the whole scenario was just him taking the piss. Seems his warehouse is a ‘bungalow’ that ‘turns into a house’ at ‘full moon’! Sorry, Josh, that’s the first and last of your jokes I’m giving away for free. If anyone wants to hear the rest, they’ll have to take themselves off to the alternative gig you’ve just remembered you’re meant to be at.

No, Josh! No, you may not take the charity pot with you. The funds are to make men stand up again, not for the likes of you, the shy-anxious ones who on first sight of the charity pot, feel their empty pockets and do a runner.

Cute, little, ol’ Jimbo! When I say what’s left, I’m not messing! Jimbo’s a doppelganger for the grandad of that Tom Thumb geezer, and he’s got ‘dodgy’ legs. Within seconds, it becomes clear that his instability is down to the weight of the buckets of alcohol within. It has to be noted at this point, that in spite of his stories about chairlifts up to his girlfriend’s beddoir for a shag, Jimbo’s pretty swift when it comes to running off at the first call of the Bog Lord.

Three down. How many more? And will any of them do the time? 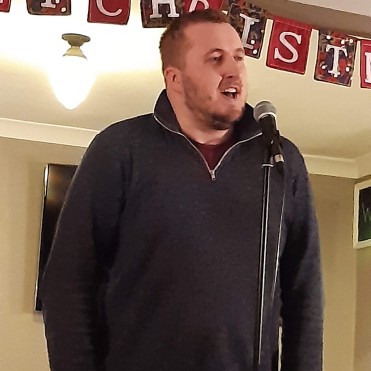 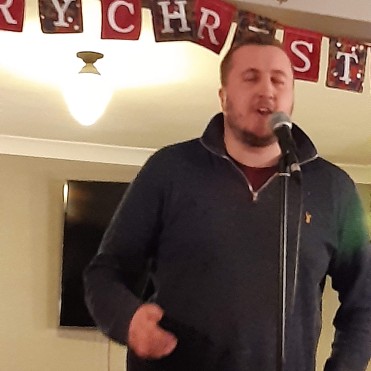 And I’m Paddy’s No. 1 fan, the moment he relays a story about Thomas the Tank Engine. Seems his day job, in special education, involves telling adults that real-life engines can’t talk. This I can relate to – it took me three months convincing my teenage son of the same.

It’s was a long and painful process.

And barely, had I succeeded in my quest, when I found myself doing damage limitation with my daughter, after the aforesaid son took all of three minutes to demolish his younger sibling’s belief in Father Christmas.

Still, once Paddy’s gone, along with all the magic, we’re left with the what’s left of all things genuine – Mark Row.

By this point, I’m expecting Mark to round things off with some kind of doom and gloom reality check. Instead, he launches himself off into a fantasy world of all the Jennifers he’d like to sleep with: Jennifer Aniston, Jennifer Lawrence, Jennifer Lopez, Jennifer Hudson, Jennifer Ellison … Jennifer Acuri.

Not sure whether Mark really mentioned Jennifer Acuri – perhaps I conjured her up and tacked her onto the end of the list? 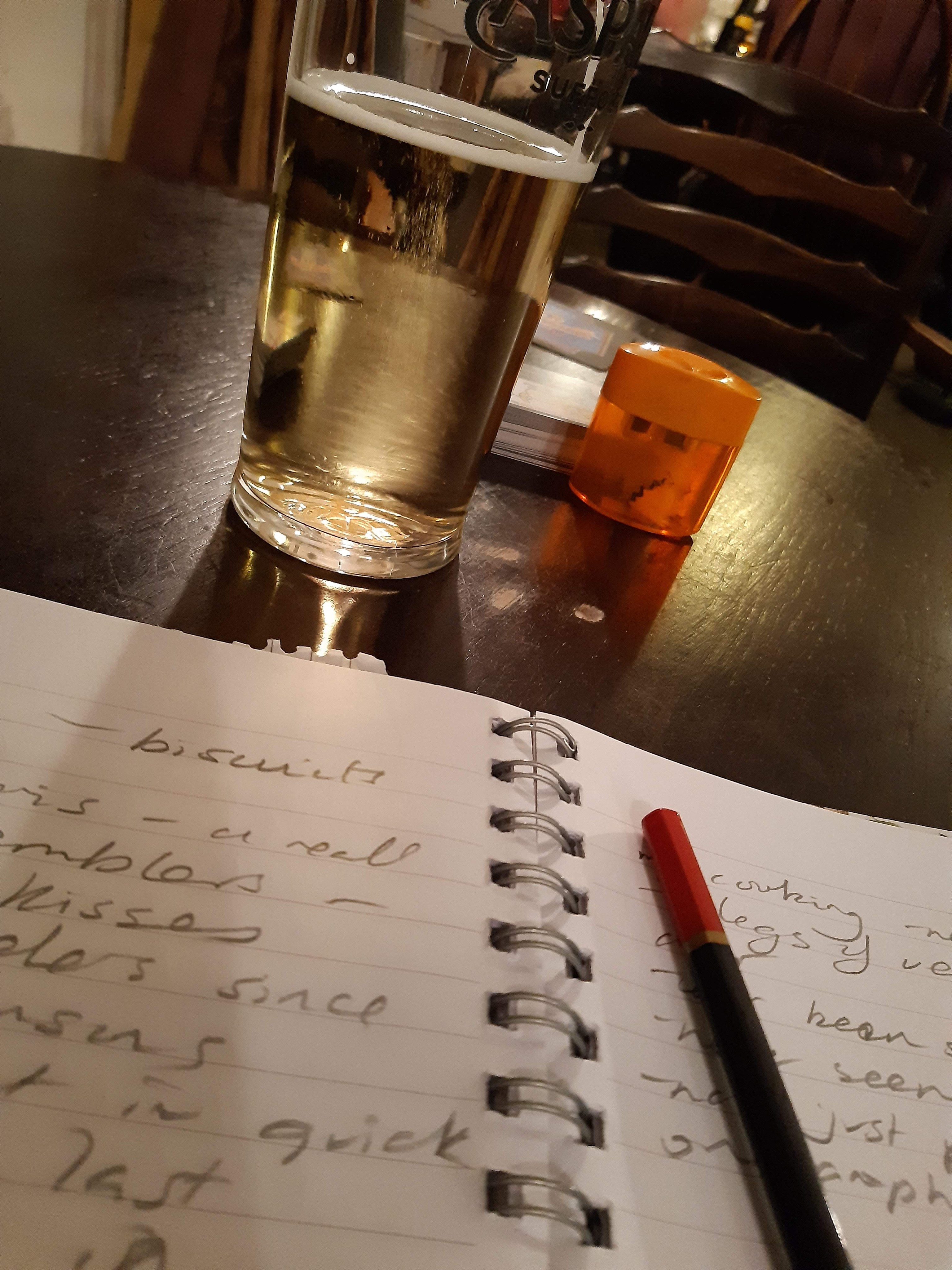 But in the words of Philip K Dick: ‘Reality is that which, when you stop believing in it, doesn’t go away.’

Jennifer Acuri, by all means, take your chances with Mark Rowe but, when you’ve finished with him, leave him intact. Us punters at The Brewery Tap want him back for a return visit.

To see the talent for yourself, be at Suffolk Punch Comedy Club’s next gig – first Wednesday of the month, 8pm, at The Brewery Tap, East Street, Sudbury. Free entry. Donations for charity always well-received.

P.S. Since first publication of this post, my ideal home has become available. Sadly, it has a price-tag attached! Somebody out there (preferably J K Rowling’s publisher), please make me rich! Rich enough to also purchase Belle Vue House, Chilton’s WWII airfield, and ….

Silly Writing Tip – How to be an Anomalous Vitruvian …