Disclaimer: Please note that all content is tongue-in-cheek, and prone to hyperbole!

I arrive at The Bear with a sore head, and minus a few essentials. In the chaos that preceded this trip, I forgot to stock up on my ‘Silly-Savvy Salopian’ business cards, and failed to recharge my Nokia phone’s battery. No matter, what I do have is some bog roll and an ancient Samsung WB690! I’m a party pooper and a blogger, not a photographer, so what’s the problem?

My way over the threshold is almost blocked by a pop-up ‘all eccentrics are barred sign’, but, just in time, the image-recognition equipment registers my stunning Suffolk Punch Comedy t-shirt and I’m in!

The gig’s already in full swing and that ‘Back to the Future’ nutter (you know, the frizzy mad scientist), short of Hollywood bookings, is trying his luck with comedy. He’s making claims to be called Mr Cole and says he’s got a very small willy. So, thinking that he’s about to do a flasher, pencil and notepad in hand at the ready, I do a quick identi-sketch. The police will, I’m sure, be very grateful to me for the exposure! 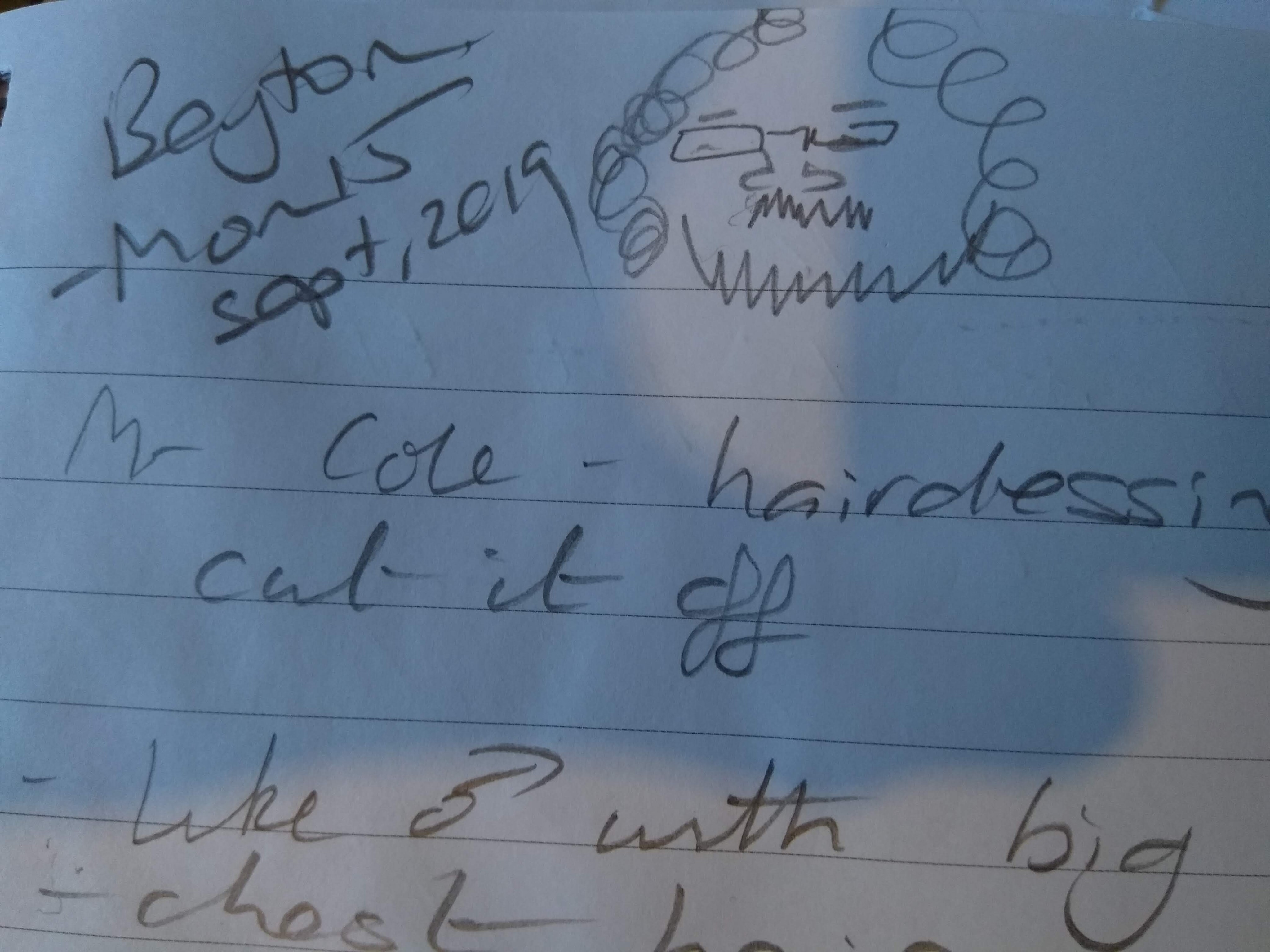 Tragically, without my zoom-in glasses, I don’t manage to capture the essence of his other bit! No wonder he likes to get handy with the hairdresser’s scissors, when it comes to men with big … 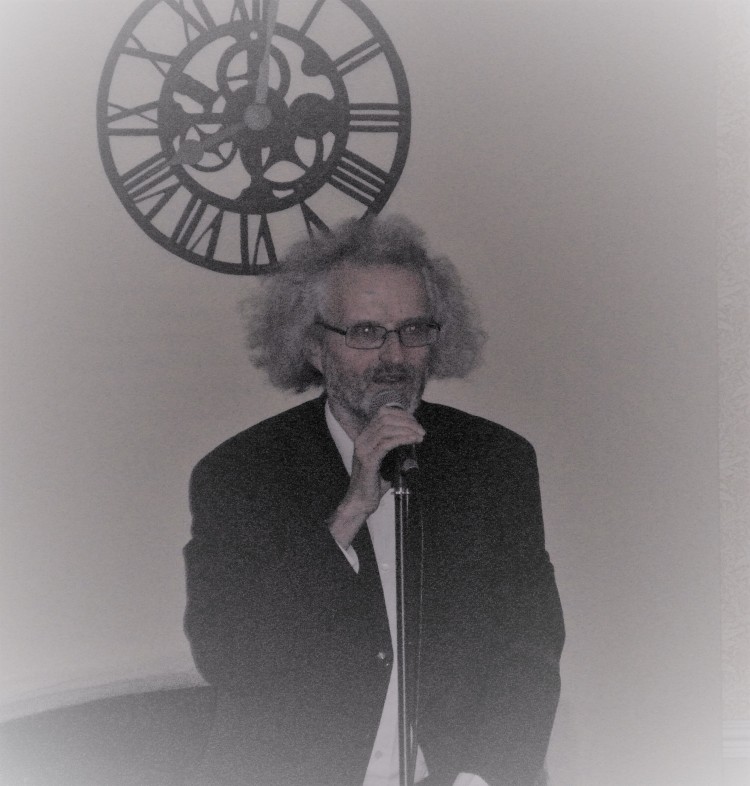 Oh! The Samsung actually works. Just take a look at this snap – almost identical to my sketch! Anyone need to commission a portrait?

Poor Mr Cole’s still fumbling around down there, searching for his t****r, when our emcee, PJ, comes to the rescue!

I say to the rescue, precipitously, because PJ’s rescue mission involves regaling the ladies in the audience with great whoppers about his own t****r! Just as well that with all that expended energy, the next slots about to be filled up by the battery-powered David Mark.

Turns out, though, that David’s about as energising as my flat mobile phone and my almost-defunct Samsung. And it’s not beyond probability that he’s gone the whole hog of defunctness. I mean, just look at him – he’s the mere ghost of a man! 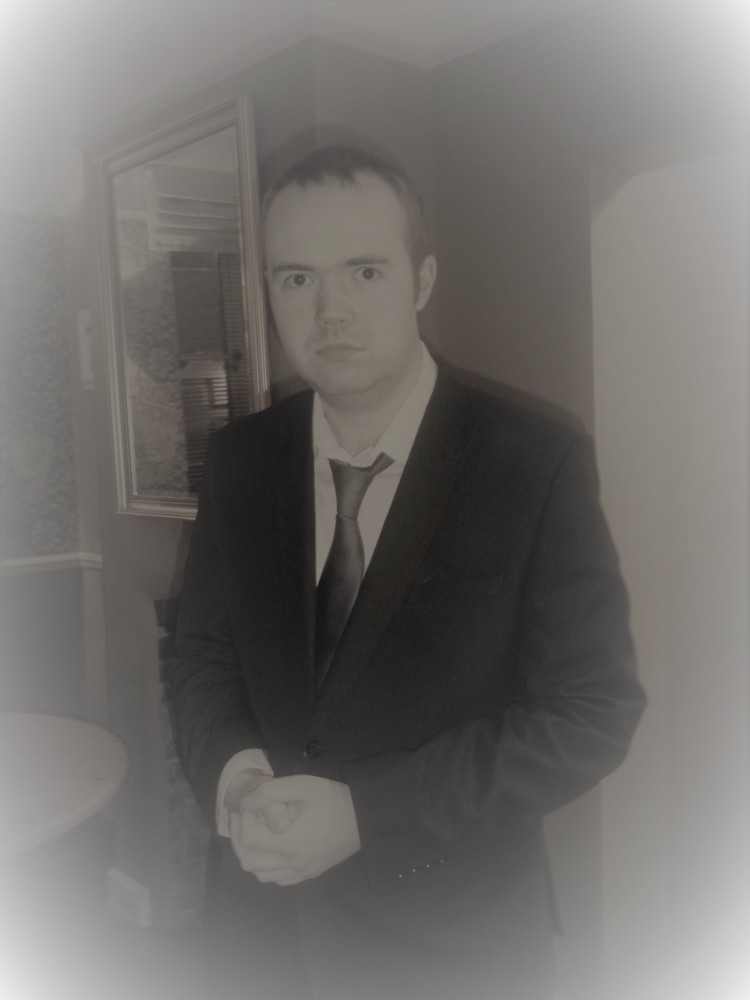 It’s no matter! The audience love him! They’re guffawing their little grey curls off the top of their heads and their …

What is this place? Have I come to the right venue? Is this The Beyton Morgue? Am I in the morgue? Is any of this real? Somebody pinch me! Just to quell my doubts and fears, Mark’s now bemoaning is lack of s**life, since he was ‘nearly run over by a Royal Mail van’. No wonder you’re currently celibate, David! Judging by the pic, then you passed on over long ago! 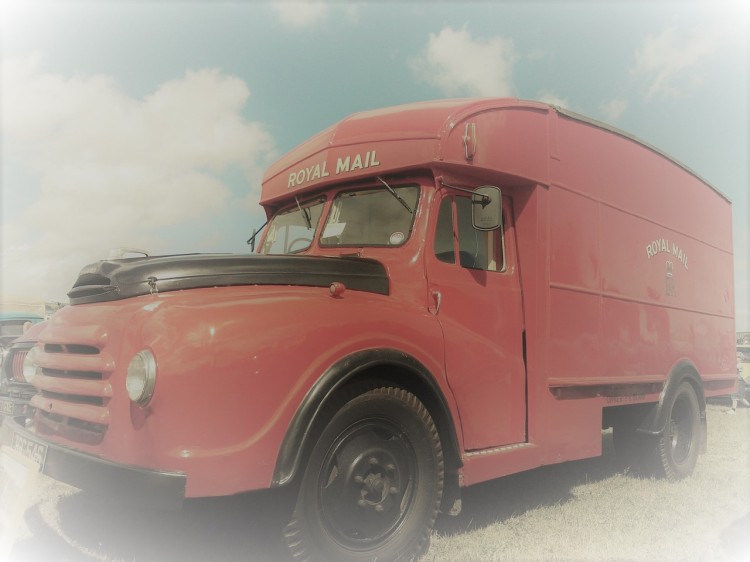 Onto Louis Green – he’s real, and alive, isn’t he?

Not sure why he’s so angry, but at least he’s got some colour in his cheeks! Now, now, Louis – calm down! There’s no need to duff the audience in because they laughed more with Mark than at you! It’s really not your fault – they can’t laugh with you, because they can’t see you. You’re just not quite one of them yet. I can see you though. To me, you glow like the red light on the top of one of those vans … No, not the squealing sort of van parked up along the seedier end of Champs Elysee in Paris!

And not even Mark’s sort of van …

More this kind of  van …

Can the punters see you now? Are they laughing? 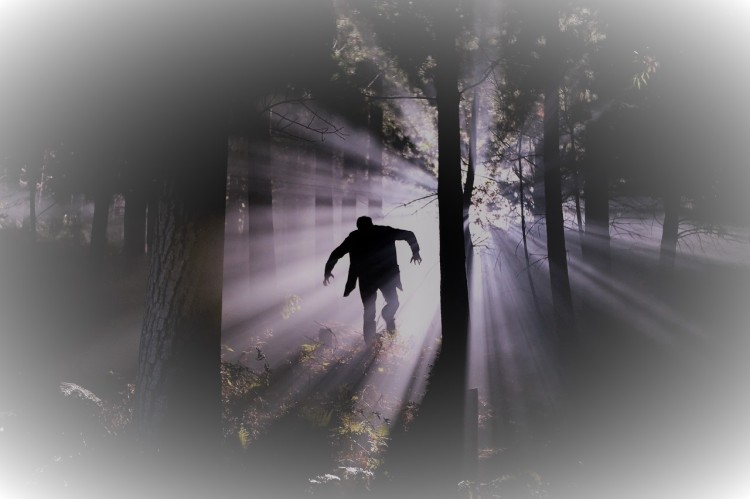 But, as soon as I’m out of here, after Trish has been on, I’m moving ship! 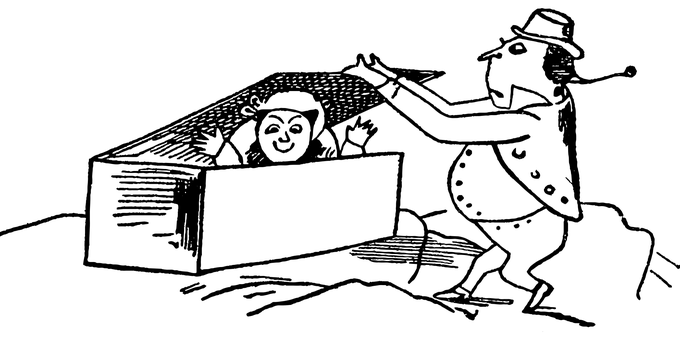 First, though, before my removal van arrives –  here’s Trish!

Things are looking up! Seems that Trish might even be one of those rare species of poet – you know, the sort with red blood still running through their veins! I only say this because, Trish is already up there, boasting about still having her original teeth (hate you, Trish – one of mine’s a falsie!). And, as if this isn’t proof enough of existence as the living know it, Trish goes one step further, and gives us a live demo of her bowel movements – becoming hysterical over the volume of her own flatulence! Her partner in crime, Aunt Agnes, only recently deceased, insists upon Trish testing out her own ability to defecate by insisting that Trish helps her out by sticking her hand up her a***! So rude! And the stench is appalling.

The longer I’m here for, the more I feel like I’ve walked straight into my own worst nightmare. This is the Beyton Morgue and I, Jay Cool, blogger extraordinaire (with Louis on my heels) am on my way out … 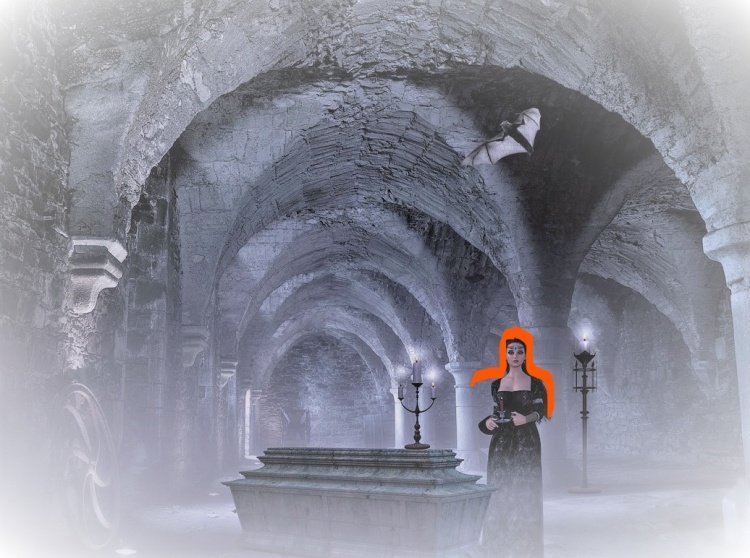 P.S. PJ has kindly provided me with some photos from the other side. From left to right, going clockwise: Mr Cole, David Marks and Trish. 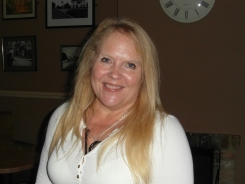 Sorry Mr Cole, and David Marks, the punters thought the pair of you were hilarious, but it’s Trish who’s hit the No. 1 hotspot with this evenings ladies! The alternating bouts of constipation and trots, with a lot of flatulence in between, sums up everything us getting-on-a-bit-but-not-dead-yet felines can effortlessly purr along to!

To see more comedians in action for yourselves (not sure we can resuscitate this lot!), please come along to one of our Wednesday gigs at The Brewery Tap in Sudbury, Suffolk. Free entry. Donations for charity (prostate cancer research) welcomed!

Or, check out Suffolk Punch Comedy Club on Facebook and purchase a ticket to book a place on one our ‘curry’ or ‘burger’ and beer events, at venues across East Anglia.

In the interim, check out some other posts by Jay Cool: