No, I’m not miserable about the fact that I only have two-and-a-half working weeks left in my job. Get real! In a couple of months, I get my redundancy payment. And, in a couple of years my publications will be on the best-seller lists in Waterstones, WHSmiths, Amazon, Ebay, …………., etc.

I don’t expect to be believed on this one, but I’ve decided that my redundancy money might stretch a little further if I review the books I’ve already read, rather than adding to my pile of unread newbies. The last time I bought a book was …. six days ago!

It’s official. I’m now a recovered book addict. And never again will I stray from the fold.

Pity, because I’ve just written a review of Switched, and that really ought to entitle me to purchase ‘Torn’ and ‘Ascend’, the other two novels in Amanda Hockman’s trilogy. Come on, Amazon, you know you want to send me some free (signed) copies, as a little thank you for all my efforts! Yes, I know that nobody’s actually bought any of the books, via the links on my reviews, yet – but the day is young!

And, today, I have also written reviews about The Universe Versus Alex Woods and The Particular Sadness of Lemon Cake. 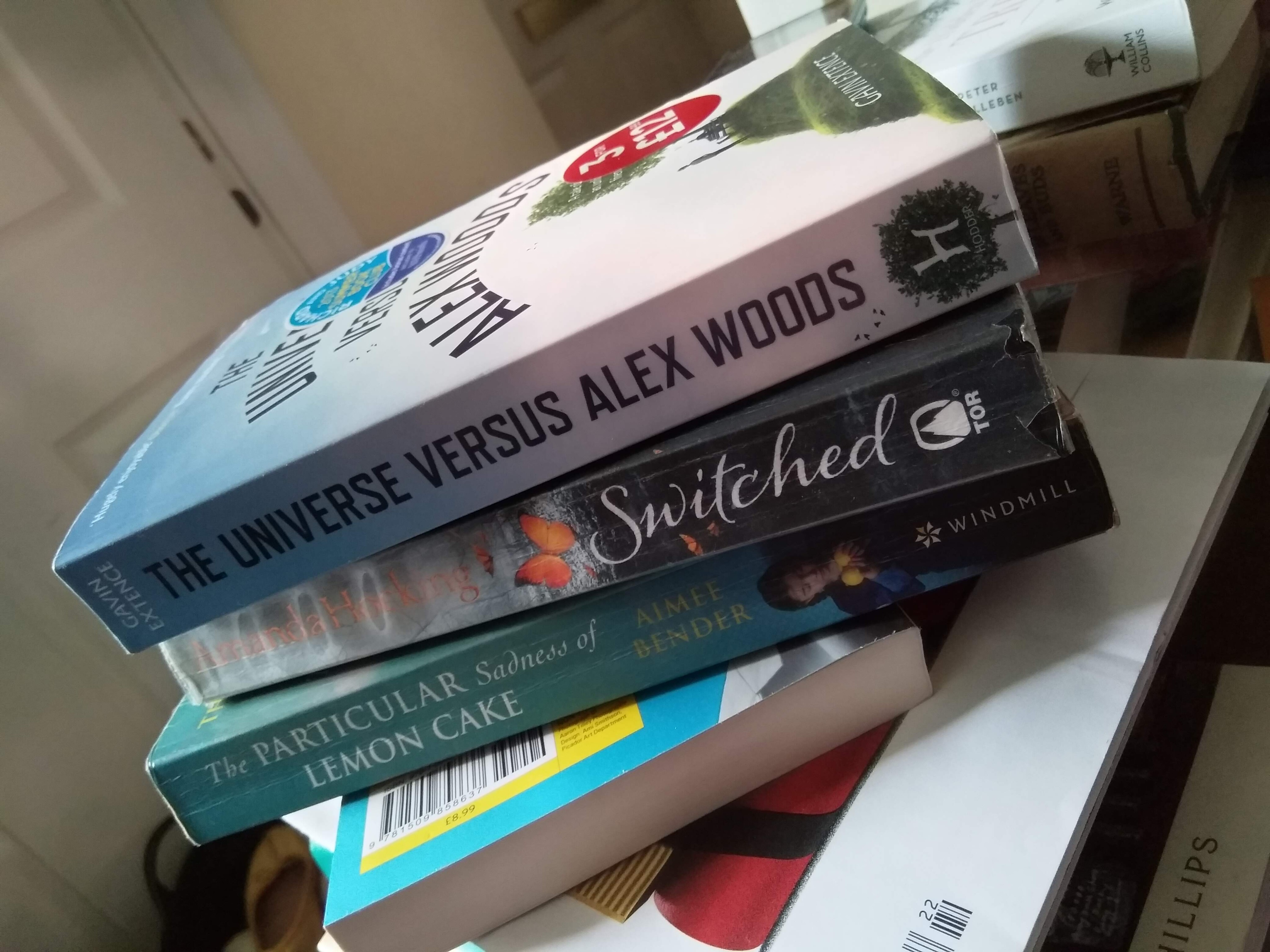 So give me a break! Please …

In order to alleviate some of my new-book withdrawal symptoms, I’m going to sprint headlong (is this even possible?) down from my mountain-top cave, to my local for a pint of the old mango cider. It is okay to spend money on a pint, isn’t it?

And, just to prove that mango cider isn’t the only thing motivating me to step outside today, I’ve just nipped out of my cave to take this beautiful snap of beast on a mountain-top flower:

Enjoy your interactions with the beast; I’m off to my local!

*Yes, I am entitled to use the word ‘wee’. I may be English, and a little bit Irish, and a lot crazy, but I was also a schoolchild in Scotland. And that’s entitlement enough!