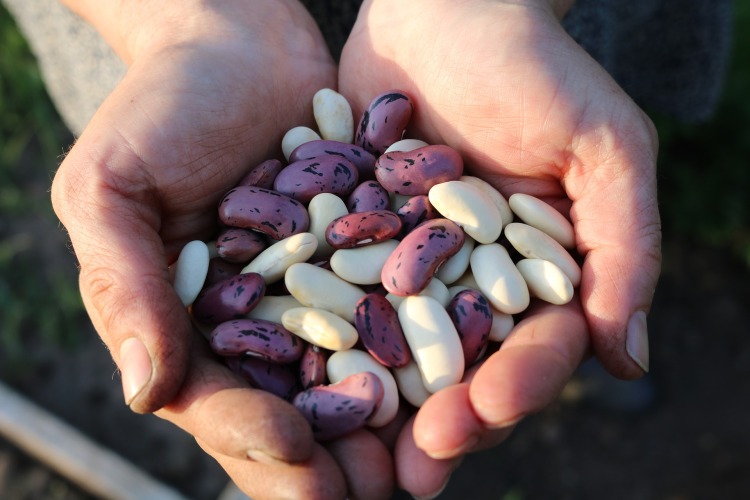 ‘Useless!’ she yelled, hurling my precious beans out of our kitchen window. Somehow, I’d had the distinct impression that Stepmother was referring to me, rather than my beans

‘Make sure you give me back the change!’ she had barked. ‘Don’t go spending your father’s hard-earned money on yourself!’ In my view, though, if Stepmother was in such desperate need of every penny, she shouldn’t have sent me to the shop with a pound in the first place. If she wasn’t so lazy, she could have gone to Tesco herself – and checked out the actual prices of Value range products!

As it was, she’d been trusting enough to send me, her beloved stepson. And, being an obedient sort of a lad, I’d followed her instructions to a tee. Whilst paying for the 39p loaf of bread, my eye (yes, I only have one – Stepmother gouged out the other!) had been drawn towards a packet of dried beans – almost out-of-date and, as such, going cheap What could I do? These beans, they were so beautiful, all shiny red-brown and speckled with little black dots. I was buying them for my Stepmother wasn’t I, not for myself? Surely if one’s parent gives a little, the child can take a little, as long as they only borrow it for a little while, before giving it back? That was okay?

So, out of the window, my (her) beans went. And up to my left eye, my hand went; before, out of the door, my legs went! It was a wonder that I didn’t trip up on my way out, what with my one eye covered up and all. But, I’ve no doubt that my late Mother, my spirit guardian, had been playing her own part in all of the action, guiding me onwards, guiding me all the way to the safety of woodland. Once, I felt the crunch of bracken and twigs under my feet, I knew that I was safe – safe from Stepmother’s wrath! She wouldn’t come looking this far for me. Not only was she too lazy to be bothered with the chase, she was scared of the trees.

When I stopped to consider it, it occurred to me that Stepmother was scared of an awful lot of things. So why was it that I had always been so scared of her? But, no more. There would be no more Stepmother. I wasn’t the murderous or vengeful type, but neither was I going back to that house – not ever again! The trees were kind, the trees would protect me and look after me, so here, here in the woodlands, here I would stay.

Image by Pexels from Pixabay