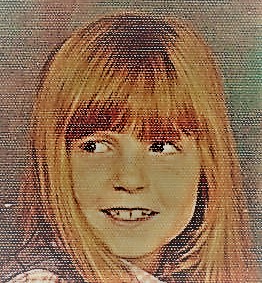 “Mrs Smith?” I called out timidly. It had taken many long minutes, before I’d ventured to put my hand up in the first place.

Because, there I was, in the first year of Junior School, sitting on a this-is-new-and-sacred-common-room carpet, surrounded. Surrounded by seven-year old somethings blasting out torturous noises on chewed-up recorders. To interrupt such a mass of sincere concentration with a request for the toilet was sheer embarrassment.

But, in the end, I could wait no longer – it had to come out – and preferably not out and onto the carpet.
“Mrs Smith, please can I go for a wee?”
“You must completely cover your recorder holes up with your finger-tips. Press down hard – don’t let any air escape!”
“Mrs Smith, Mrs Smith, please ….”
Of course, she just ignored me. But to try to prevent the ear-blasting sycophancy of squeaks and screeches was futile. Futile and fruitless. Mrs Smiths’ efforts would have been far better spent in preventing the fruitful spread of a lemon-tinged liquid. But, instead she focused on attempting to break the impact of a dozen or more emergency vehicles, all heading for a pile up in the vortex of a primary school common room. A mistake.
“Shout louder!” advised my helpful neighbour, the particularly charming Jamie Ricicles.
“Mrs Smith!” I tried again.
No. No response. She was puffing away on her own recorder. Yes, I do mean puffing. A trombone player at heart, Mrs Smith’s cheeks were so puffed out that I wasn’t entirely sure who would explode first – her or me! Just hear me out, Mrs Smith. Look my way. See my pleading eyes. Acknowledge me. See me. Look.
“Miss!” yelled Jamie. “Miss, Jay’s gone and wet herself. There’s a great big puddle and it’s coming my way!”
Silence.
Silence at last. A three second silence. Three seconds of bliss before hissing dementors raised themselves up and off the carpet. Hissing dementors pursued by a peeing patronus (1).
The industrial-I-can-withstand-anything-high-absorbency carpet felt my pain. Hairy green strands of itchy wool reached up and wrapped me up. The carpet consumed me.
The carpet had a name. The carpet was called Miss Parker. Miss Parker had a hairy face and a complementary pair of hairy arms.
“Had a little accident, have we? Why didn’t you tell Mrs Smith that you wanted the toilet? Why wait until you’ve done it? A brand-new carpet as well! Okay, okay, stop blubbering. You’ll just have to wear your gym pants.”
The rest of the day was horrendous. Everyone knew. It’s not that anyone said anything. But they knew. They knew that I knew. And I knew they knew. That was the point.

Cowley Road, Felixstowe 1977
But I did have one toileting secret left. One that was all mine.
Now I’ve mentioned it, though, I’m thinking that you probably want to know about it too. To be honest, it’s rather ‘wet’ as tales go – but, now that you’ve asked, I’ll dribble you in on this one.
Upstairs at the Cowley Road house was a problem for me. It was a problem because with it being such a long way up, I wasn’t at all fond of going up there all on my lonesome-ownsome.
For those of you young in years, rather than just young in spirit, then it may need pointing out that three-bed semis in the 70s didn’t have cloakrooms; understair’s Harry-Potter-style cupboards stuffed full of shoes and cleaning equipment – yes! But plush cloakrooms kitted out with flushing toilets and miniscule handbasins, complete with foaming hand soap – no!
This made the occasional budget flight upstairs nothing-short-of essential (2). Because, at Cowley Road, there were likely to be any number of shadowy undesirables lurking on the landing. To cut to the chase, then quite simply, I was too frightened to go upstairs for a pee.
A chaperone was required, not you understand to the actual toilet (I was seven – not two!), but just to the top of the stairs. I didn’t want much – just for a PA to sit at the top of the stairs and to ward off any attackers.

Quite unreasonably, in my opinion, my PA mum refused.

My mum refused and she refused in repeat mode, over and over again.

I pestered in repeat mode, over and over again.

“Mum, mum, mum! Please come with me. I’m getting desperate. I’ll wet my pants in a minute.”

“But, mum.”
“Oh, if you’re that scared of going upstairs, go in the garden!”
“What?”
“Go in the garden!”
“But … you’ll tell me off if I go in the garden.”
“No, I won’t .. Just go!”
I rushed off out of the back door, found a pleasant looking corner of the lawn and went – right then and there! It felt so good. Having relieved myself at last, I stood up re-energised. The grass looked pleased. And, in defiance of all expectations, it looked greener rather than yellower.  It dawned on me that I had done it a favour, giving the grass a bit of a refreshing sprinkler on a hot summer’s day. It must have been parched.
And someone else seemed to have picked up on the mood of the day, on the climate of generosity. I spotted Bobby, our ginger Tom cat, making a hole for himself in the flower bed. Perhaps I too, should have dug a hole first, and then aimed into it.
But having a bit of, or a lot of, a wee was a bit different from gifting the flowers with a Dirty Monkey (see ‘Dirty Monkey’ blog for the Cool family’s definition of this term). Wasn’t it?
Feeling vindicated, I made my return.
“I’ve finished the washing-up now!” announced my mum. “I’ll stand at the bottom of the stairs, if you like.”
“But I’ve already been.”
“Thought you were too scared to go on your own.”
“I went outside, in the garden, like you said.”
“That was pretty brave. There are lots of spiders in the outside toilet.”
“I didn’t go to the outside toilet.”
“But, you just said ..”
“I said, I went in the garden, like you told me to.”
“Where?”
“In the garden, on the grass. Look out of the window. Just over there, in the corner.”
“Ugh! I didn’t mean ..”
“But you said.”
Rather oddly, my mum cracked up. Big Brother Simon came into the kitchen to see what all the uproar was about. And my mum? My mum just pointed out of the window and laughed some more.
Confused and affronted, I hid myself behind the settee in the lounge, and stayed there for a very long time – for about five minutes – at which point in time Big Brother Simon pushed the settee back into the wall and jumped on it!
Another mistake. My mum knew. My brother knew. And, by the time he got home, my Dad would know too. But worst of all. I knew.

All things considered, I was quite relieved when my dad announced a few weeks later that we would be moving. Moving miles and miles and miles and miles away from the stained carpet in the free-play room, from the well-nourished back lawn, and from the yellow-pebbled Suffolk beaches and back to the snow-capped mountains of Northern Scotland (3). To a world of snowmen. Snowmen with orange carrot noses, stick hands and knitted bobble hats (4).

I donned my imaginary kilt, in the Cool Clan tartan, picked up my bagpipes and highland-flinged myself all around the Cowley Road dining-room.
Copyright owned by Jay Cool, August 2017

Who is Jay Cool?
(1) Okay, so J K Rowling hadn’t, in 1977, yet popped out the miracle baby that slept for long enough to allow her to write the Harry Potter series; but, as many a time referred to, as a child, I was way ahead of my time!
(2) Health-wise, the trip upstairs most likely had its benefits (the installation of cloakrooms in the 90s was almost certainly a trigger for the obesity epidemic, which lets McDonalds off the hook!), but only to thrill-seeker types. And, even as a sort-of adult, I’m risk averse. I won’t, for example, go on hill walks which involve any tight-rope walking across pin-stripe ridges; neither, will I select any train routes which go via London stations, for fear of being blown up in a terrorist attack.
(3) My on-the-spot-memory recall has always been appalling; in my eagerness to escape my yellow-tinged present, I momentarily forgot that on our last residence in Aberdeen (only a couple of years earlier), I had failed to spot any snow-capped mountains, or any kilted Scots playing bagpipes.
(4) Yes, such creations did exist before the arrival of the animations in ‘Frozen’.